REDWOOD CITY, Calif.–(BUSINESS WIRE)–The Impossible™ Burger will make its worldwide debut in grocery stores Friday at all 27 outlets of Gelson’s Markets in Southern California — the first time that the general public will be able to buy and experience the Impossible Burger at home. 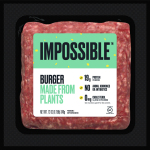 “Three years ago we introduced plant-based meat to top chefs in America’s most important restaurants. They consistently told us that the Impossible Burger blew them away,” said Impossible Foods’ CEO and Founder Dr. Patrick O. Brown. “We can’t wait for home cooks to experience the magic — whether using Impossible Burger in their family favorites or inventing new recipes that go viral.”

To celebrate its global retail launch, Impossible Foods is sponsoring a cooking show-style VIP event Thursday night with Vilailuck “Pepper Thai” Teigen, who will pay homage to the world’s most influential home chefs: grandmothers, the people will inspire us all to make delicious, nutritious, mind-blowing meals at home. Pepper Thai is a culinary enthusiast, grandma and mom of Chrissy Teigen.

On Friday, a diverse crew of grandmas will share their culinary wisdom and cook their favorite dishes in Los Angeles. Impossible Foods’ retail launch party, “Grandma’s House,” will celebrate its debut in retail and serve up free samples from 11 am to 6 pm PT (until supplies last) at the Westfield Century City’s Cabana, located on Level 3 of the shopping center.

As the leading food tech startup scales up production and capacity — both at its own plant in Oakland, Calif., and with leading food co-manufacturer OSI Group — it will accelerate its retail push.

“Our first step into retail is a watershed moment in Impossible Foods’ history,” said Impossible Foods’ Senior Vice President Nick Halla, who oversees the company’s retail expansion. “We’re thrilled and humbled that our launch partners for this limited release are homegrown, beloved grocery stores with cult followings in their regions.”

For photos and video b-roll of the Impossible Burger’s retail launch, please click here. Be sure to tag your own photos #CookImpossible and #CallYourGrandma.

Gelson’s is one of the country’s premier grocery chains, with an unusually loyal customer base. Founded in 1951, Gelson’s has been on the forefront of grocery trends that have since gone nationwide — from Saturday farmers’ markets to popular holiday tasting parties.

Earlier this year in its annual supermarket rankings, Consumer Reports named Gelson’s “Best in the West” and one of the top grocery chains nationwide. In particular, Gelson’s earned the magazine’s highest possible score in meat quality.

“People who shop at Gelson’s know and appreciate great food, and the Impossible Burger is going to become a go-to favorite in home-cooked meals, from dim sum to BBQ,” said Gelson’s President and CEO Rob McDougall. “We’ll also be unveiling delicious new recipes featuring Impossible in Gelson’s Kitchen and offering an Impossible Burger at our Wine & Tapas bars. We’re excited to bring another important world-wide first-to-market product to our customers, who love trying innovative, delicious food.”

Beginning in October, shoppers can get free samples of the Impossible Burger and participate in homestyle cooking demos at select Gelson’s outlets. For details, check out ImpossibleFoods.com/Recipes. Browse the growing collection of Impossible recipes — from the classic American BBQ burger to lasagna, chili, meatloaf, dumplings and more. Home chefs can share their favorite recipes and photos by tagging #CookImpossible.

Everything you want in a burger

The Impossible Burger is kosher, halal and gluten-free certified, and it’s plant-based and bioengineered. A 12-ounce package of Impossible Burger will cost $8.99 at Gelson’s Markets, available in the meat cases, both fresh and frozen. Gelson’s is limiting each customer purchase to 10 packages per visit.

The Impossible Burger is delicious in all ground meat recipes, including stews, chili, sauces, braises, minces, meatballs, meat pies or any other beefy menu item. It’s easy to cook on an outdoor BBQ grill, flat top, Instant Pot, high speed oven, steamer or sauté pan. Home chefs can use the Impossible Burger in recipes from lasagna to lo mein.

Designed to disrupt, built to scale

Founded in 2011 by Brown, a Stanford biochemistry professor emeritus and former pediatrician, Impossible Foods makes meat from plants with a much smaller environmental footprint than meat from animals. The company uses modern science and technology to create wholesome food, restore natural ecosystems, and feed a growing population sustainably. Impossible Foods’ mission is to eliminate the need for animals in the food chain by 2035. Read Brown’s blog to learn more about the company’s mission.

Since the launch of 2.0, Impossible Foods’ sales have surged. Growth has come from every sales category in which the company does business — independent restaurants, large restaurant chains such as White Castle, Burger King, Red Robin, Cheesecake Factory and Qdoba, and non-commercial outlets such as theme parks, museums, stadiums, and college campuses.

The Impossible Burger is sold at restaurants in all 50 states and in nearly every type of cuisine — from pizza to poke sushi burritos. The Impossible Burger is now America’s most popular late-night delivery snack, according to Grubhub’s “State of the Plate” report, with delivery sales surging 529% in the first half of 2019 — proof that the product satisfies the midnight cravings of carnivores on the prowl for chow.

The Impossible Slider at White Castle is considered one of America’s best fast-food burgers, and Impossible Burger mentions on Yelp are on fire. Political commentator and Texas cattle rancher Glenn Beck couldn’t tell the difference between the Impossible Burger and ground beef from cows in a side-by-side taste test, and the Washington Post called Impossible’s plant-based burger a “wake-up call to the meat industry.”

Since launching in Singapore in March 2019, sales have increased more than five-fold in Asia. Impossible Foods’ plant-based meat is sold in a wide range of restaurants and cuisines throughout Hong Kong, Singapore, and Macau — including internationally celebrated establishments by David Myers, Gordon Ramsay and Wolfgang Puck.

Impossible Foods does not yet sell the Impossible Burger in Asian grocery stores. Stay tuned for more news — including the next retail launches — by visiting impossiblefoods.com/media and on social media.

Gelson’s currently operates 27 full-service specialty grocery stores in Southern California. Each Gelson’s Market features the full amenities of a traditional supermarket, with the local flavor of a neighborhood market. Their high standards – for quality, value and freshness; unsurpassed service; and attention to detail – define the ultimate grocery shopping experience. With over 65 years’ experience, Gelson’s in-house experts know Southern California’s lifestyle and are driven to find only the best foods and exclusive values for their customers. Gelson’s is particularly known for flavorful, hand-selected produce, the best and freshest cuts of meat and seafood, and Chef-prepared signature recipes. This experience is rounded out by professionally designed floral arrangements, and a convenient selection of the highest quality grocery items. Find out why Life Tastes Better Here® at http://gelsons.com.

Immersion to Report First Quarter 2021 Results and Host Quarterly Conference Call on May 6, 2021