LOS ANGELES–(BUSINESS WIRE)–#IntelGamerDays—Newegg, the leading tech-focused e-retailer in North America with a global reach into more than 80 countries, today announced its plans to support Intel Gamer Days 2019, which kicks off Aug. 30 and runs through Sept. 8. Intel Gamer Days is the premier U.S. PC gaming shopping opportunity of the year, and Newegg will show its support by offering great deals on the latest Intel tech to help gaming enthusiasts level-up their home PC gaming experiences. 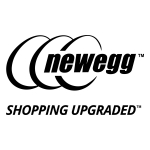 Newegg will also be helping to promote the ASUS Republic Of Gamers Ultimate Build-Off, a competition that will test the skills of the top system builders. Competitors will use an ultra-powerful ROG and ROG Strix Motherboard to take on the challenge of pushing a system to its limits and deliver the ultimate dream machine.

“Intel Gamer Days is a great opportunity to show how deeply aligned Newegg and Intel are when it comes to supporting the gamer community as a whole,” said Anthony Chow, Newegg’s Global President of Sales and Marketing. “This is an exciting time of year for gamers, and a great opportunity to upgrade their rigs in anticipation of a wave of new titles due out later this year.”

From Aug. 30 through Sept. 8, Newegg will offer deep discounts on the latest gaming accessories. Featured deals include $400 off gaming PCs, including those with 9th Generation Intel® Core™ i9 Processors and Thunderbolt 3, as well as the ASUS Strix Scar II Gaming Laptop. For details and to shop Newegg’s full array of deals for Intel Gamer Days, visit www.Newegg.com/IntelGamerDays.

On Sept. 7 at the HyperX Esports Arena in Las Vegas, Newegg and Intel will co-host the Newegg FragFest 2019, which will feature pro players from Counter Logic Gaming, including Nokokopuffs, ImMadness and NiceWigg. Doors open at 4 p.m. Pacific, and Newegg will livestream the event from 5-9 p.m. Pacific at www.twitch.tv/newegg, during which the company will award prizes to event attendees and online viewers, as well as unveil the winning PC in the ASUS ROG Ultimate Build-Off competition. Visit www.Newegg.com/EsportsArena for more information about the tournament, and to take advantage of special promotional deals valid Sept. 1-16.

Newegg Inc. is the leading tech-focused e-retailer in North America, with a global reach into more than 80 countries in Europe, Asia Pacific, Latin America and the Middle East. Founded in 2001, the company offers its more than 38 million registered users a comprehensive selection of the latest consumer electronics, entertainment, smart home and gaming products. Newegg is consistently ranked as one of the best online shopping destinations, and the company regularly earns industry-leading customer service ratings. Newegg is headquartered in City of Industry, California, with North American distribution facilities located throughout the United States and Canada. For more information, visit http://www.newegg.com.

Alarm.com Is a Best Place to Work in Twin Cities for the Second Consecutive Year